Jessica was born in Nevada in 1989, grew up in New Zealand, she later returned to US and currently lives in Arizona.
She is an avid gamer and her love for games started when she was a little girl, thanks to her dad.
Also she is a model, promotional model, and fan convention interview correspondent.
She started cosplay career in 2009 when her Sexy Pikachu costume she wore to San Diego Comic-Con International went viral.

By 2011 she worked as promotional model for Microsoft and GameStop’s game Gears of War 3, dressed as a games character Anya Stroud for the ga release

In 2012 she won IGN’s contest to play Juliet Starling, protagonist of Suda51’s video game Lollipop Chainsaw and got instant infamy on Penny Arcade Expo when her outfit was deemed too revealing and she was asked to change or leave, she left.
But she landed a deal with Kadokawa Games to represent Lollipop Chainsaw in Japan and toured various conventions and magazines, and even signed to promote Elsword, Grimm Fairy Tales and and Knightingail.

She was, spokesmodel and guest of honor on multiple conventions and comicons featured in
Youtube shows and even a card trading game.

In 2013, she was again approached Suda51 to portray the character Vivienne Squall from new video game Killer Is Dead. And she was hired by Ubisoft to portray a female version of Captain Edward Kenway from Assassin's Creed IV: Black Flag at gamescom 2013 she also represented Tecmo Koei's video game Yaiba: Ninja Gaiden Z, portraying the character Miss Monday. 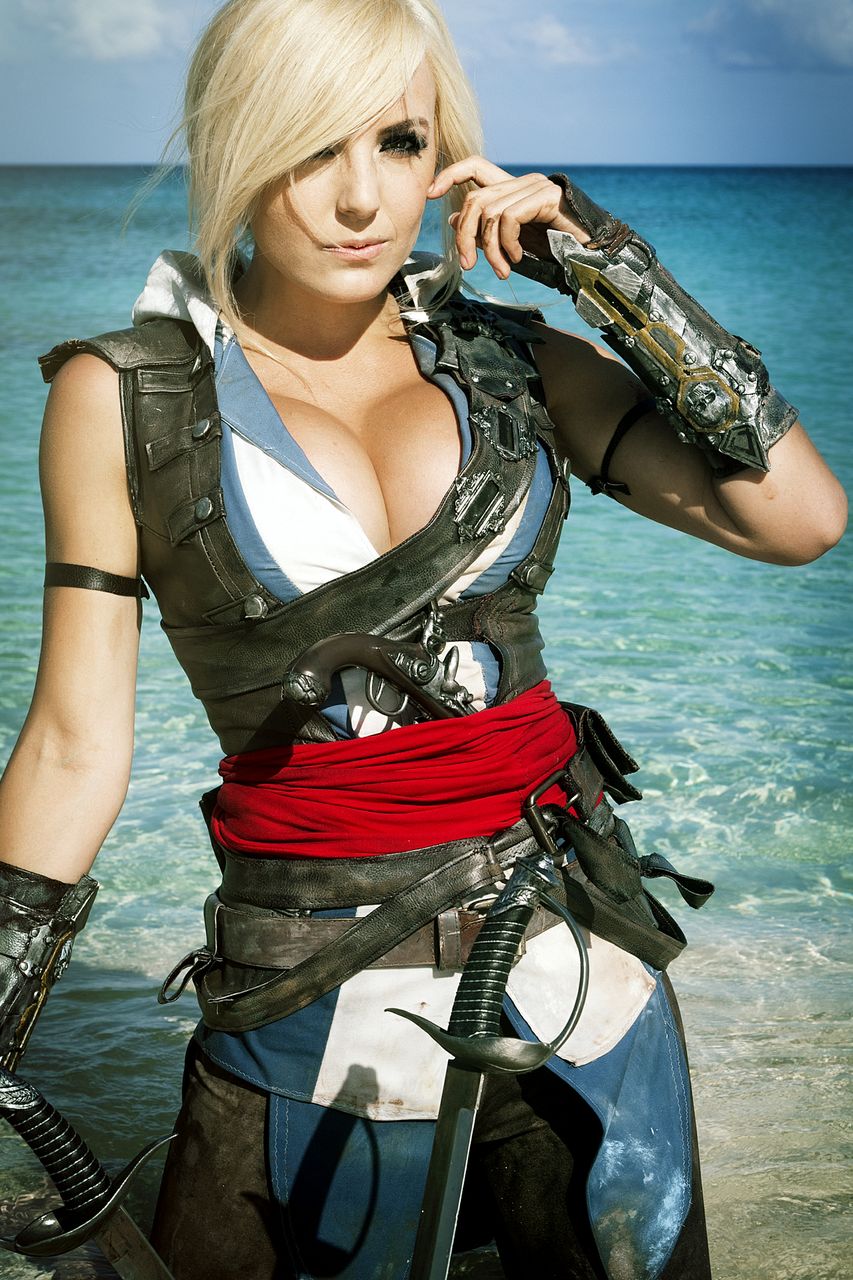 She has worked as an interviewer for media outlets such as GameZone, RUGGED TV, and Comic Book Therapy. She also starred in several commercial video advertisements and music videos, she did charity work and opened her own online poster store : NIGRI PLEASE!

She is active member of the cosplay group XX Girls and the Mad Catz and has worked with theCHIVE. Her particular interest is crossplay, form of gender-bender cosplay. After she declined to appear on the Syfy’s controversial 2013 reality show Heroes of Cosplay, network's producers manufactured what appeared to be a fierce rivalry, between her and the show's star Yaya Han.
Two later appeared together and explained that show was not true representation of cosplay subculture and that they are friends in real life.


She plans to retire from modeling and study marketing and advertising to pursue some of “behind the scenes” interests.

To add a comment to the blog, you have to first join the site or login as a user